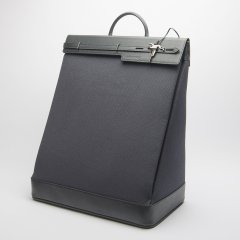 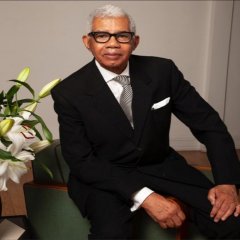 Read our latest journal
GLADSTONIAN JOURNAL TRAILBLAZER OF STYLE A GREEK ODYSSEY AN EYE FOR THE EXTRAORDINARY THE STELLAR HOTELIER ONE WOMAN POWERHOUSE WHERE DID YOU GET THAT HAT? THE ART OF LIGHT WHAT TO LOOK FOR IN A BAG THE GLADSTONE BAG 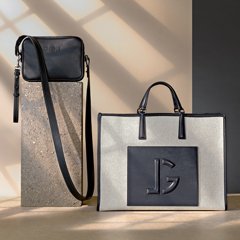 our concierge is here to help
CONTACT US FREQUENTLY ASKED QUESTIONS

OUR STORY
BAG COLLECTIONS
LIMITED EDITION
BESPOKE
ARCHIVE
COLLABORATIONS
J SMITH ESQ
HAT BAG
JOURNAL
GLADSTONIAN JOURNAL
TRAILBLAZER OF STYLE
A GREEK ODYSSEY
AN EYE FOR THE EXTRAORDINARY
THE STELLAR HOTELIER
ONE WOMAN POWERHOUSE
WHERE DID YOU GET THAT HAT?
THE ART OF LIGHT
WHAT TO LOOK FOR IN A BAG
THE GLADSTONE BAG
PRESS
CONCIERGE
CONTACT US
FREQUENTLY ASKED QUESTIONS
0
$USD
✕ ITEMS IN BASKET
No items in basket
GO TO BASKET
✕ CURRENCY
£GBP

THE GLADSTONE BAG: A TIME CAPSULE OF POLITICS, MEDICINE AND TRAVEL ON THE TITANIC

At Gladstn London whilst our name is actually not derived from it, there is no doubting our passion for bags is influenced by the quintessential British icon that is the Gladstone Bag. It has a rich history of association with travels and countless appearances throughout the last two centuries in politics, medicine and literature.
In this new series of Gladstonian Journal articles, we share just a brief history... 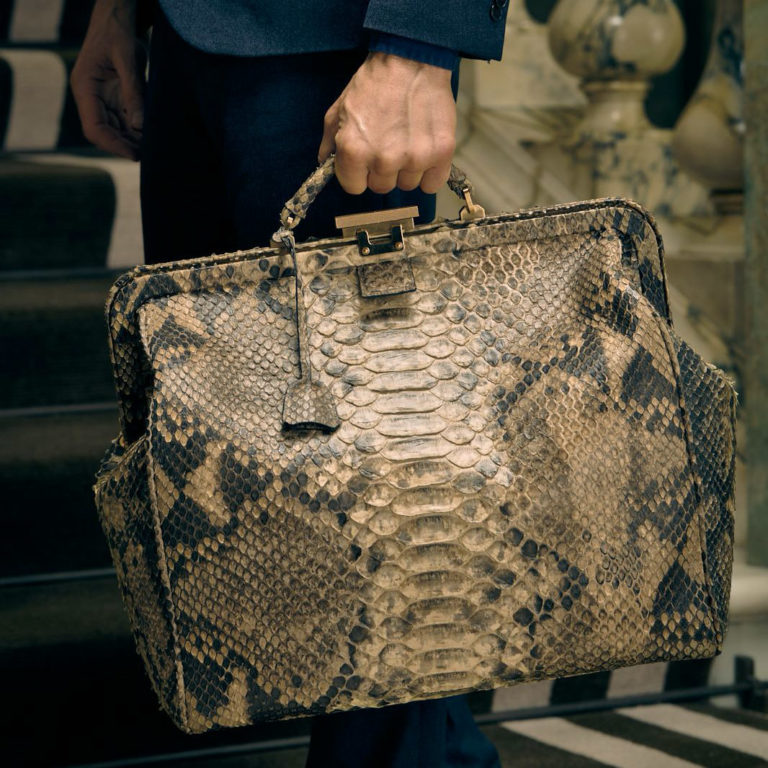 An interpretation on the iconic Gladstone Bag 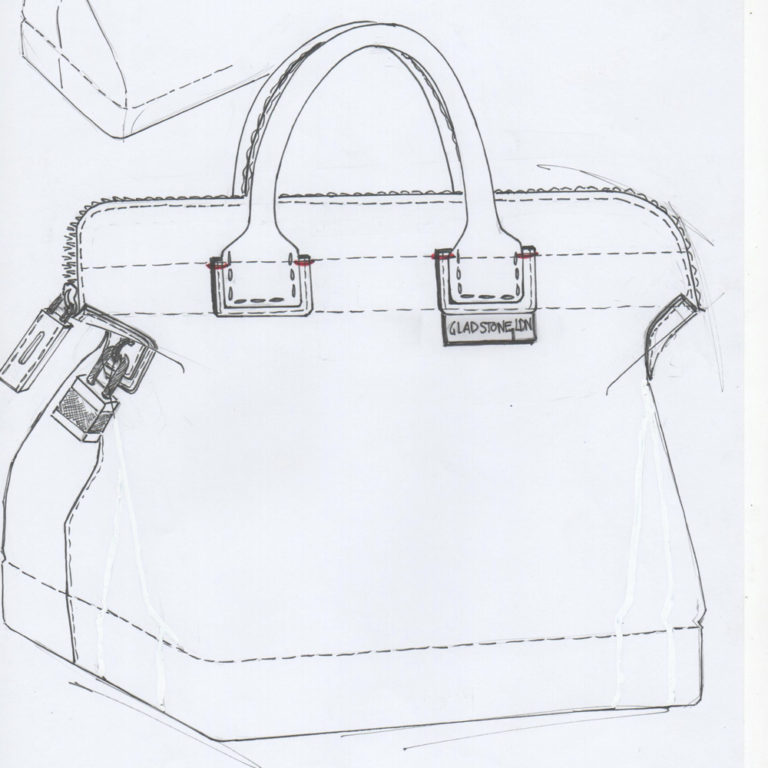 A modern interpretation of the Gladstone Bag as a travel companion

The Gladstone Bag owes it origins to the simple and durable design of the famous Carpetbag used so widely in the US and Europe in the 19th Century by those who travelling in search of opportunity with few possessions to carry. Carpetbaggers as they became known is now a pejorative term because of its association with opportunism and exploitation.

From these beginnings, the Gladstone Bag evolved to become the first ‘hinged’ style icon where leather was built over a rigid frame which could separate into two equal sections. Its tough leather and frame made it the perfect travel companion it remains today.

“The the door burst open. William was there. He dropped his Gladstone bag and took his mother in his arms.”
D. H. Lawrence, Sons and Lovers, 1913 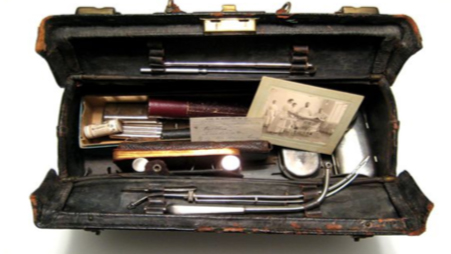 From politics to potions

As is widely know, it was named after the British Prime Minister, William Ewart Gladstone. The bag was designed and named by the leather maker, J. G. Beard of London, a keen supporter of the Prime Minister who was renowned for his love of travelling. Thanks to Gladstone’s new-world view and liberal approach to politics, more people began to discover and travel.

And so the Gladstone Bag quickly became the epitome of Victorian England and, as medicine become available to the masses, the bag found a new audience ‼ the doctors of the day.

Physicians needed to take their kit on house visits and their traditional medicine boxes and cabinets were bulky and difficult to carry. In contrast, the Gladstone Bag was spacious, well organised and was easily transported and quickly became the popular choice; the final signifier the medical profession had arrived - complete with ear trumpet, stethoscope, sewing kit, lotions and potions.

One of the most famous belonged to the loveable Mary Poppins. She travelled into the Banks’ house with it and surprised the children with the magic inside 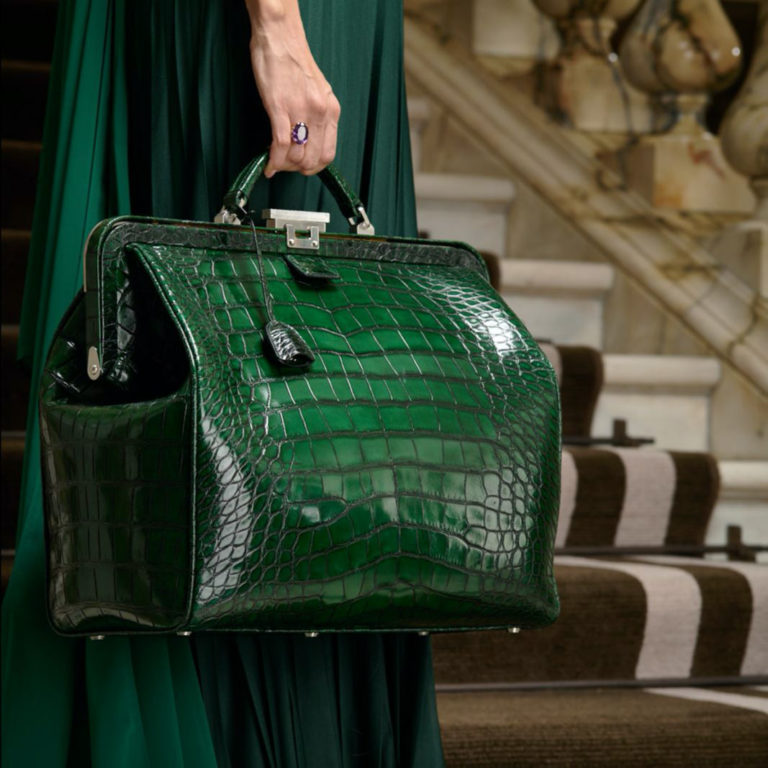 On board the Titanic

With the opportunity to travel becoming more widely available, the Gladstone Bag began to expand its reach, including on the fateful Titanic voyage.

A Third Class passenger and survivor, Benoit Picard, appeared on the 1911 census as a boarder living in Bethnal Green, London and described as an unmarried Gladstone bag maker.

On board the Titanic, the pursers would store the First Class passengers↓ valuables in Gladstone Bags made by Benoit and others for safe keeping - they were the earliest form of the in-room safe, such was the trust and style afforded to this bag. The many important documents, decrees, papers, instruments, love letters and precious treasures that were transported made it an aspirational possession of the time.

The bag’s enduring quality and safe storage were tested when the ship sank. Recovered from the ocean floor were Gladstone Bags that had rested there for years. The tanning methods had rendered the leather resistant to the ravages of the sea bed and the valuable contents remained in good condition.

“What a way for a fashionable painter to travel! A Gladstone Bag and an ulster”
Oscar Wilde, The Picture of Dorian Grey, 1891

As time wore on, the Gladstone became the bag of choice for many with tradespeople finding the hinged construction perfect to carry the tools of their trade:

For as long as I can remember (as a child) it sat open on the floor just inside the back door from when he walked in at night until my mother closed it in the morning once she had made his lunch and placed it carefully in the bag. If it was closed, we were not allowed to open it as it might contain a surprise. And if it was ever there during a week day, then he was ill, or perhaps on holiday! There was a whole generation of blue collar workers who carried these.

The onset of the Second World War meant a shortage of leather, zips and metal frames and with the new challenge of how best to conceal an ugly gas mask, bags grew in size. Yet the iconic Gladstone design endured.

“Big bags are best; they suit our mood for being self-sufficient” Vogue, 1943

Fast forward to today and the Gladstone bag is one which fits an extra pair of shoes, toiletries, diary, keys and all life’s essentials - packed within the frame and its (typically) leather exterior. One day it’s a carry-to-work bag, and another day it’s the perfect travel companion. The hinged design and ‘open mouth’ makes it easy to pack and unpack the contents to this day.

A classic piece that needs to be styled in the most trusted fashion with both vintage pieces and modern interpretations being bold, smart and confident style choices. Nowadays, the Gladstone Bag is highly sought after by those who appreciate the iconic style of this supremely collectable fashion accessory and find great purpose for this wide-mouthed bag.

The requirements and expectations of a traditional Gladstone bag have remained the same. Whether you↓re heading on a relaxing holiday or needing a roomy holdall for everyday journeys, the Gladstone will always be the dream bag for travel.